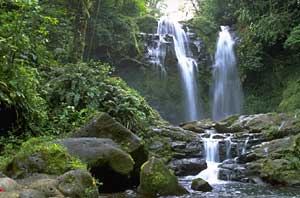 Our mechanized society cannot function without lubricants. The dilemma is that oil is both necessary for our life style and potentially destructive to nature. Quite simply, we must select innovative, efficient products that will help solve our pollution problems.

According to the U.S Department of Energy' Pollution Prevention Requirements, the first step in revitalizing a cleaner nation is pollutant source reduction. AMSOIL accomplishes this by extending the interval between motor oil changes that can reduce the source of motor oil pollution more than eleven times.

Consider this: in 1993 an estimated 189.5 million motorized vehicles were on the road in the United States alone, and an estimated 700 million motorized vehicles were in operation throughout the world. If, by petroleum oil manufacturer's recommendations, these vehicles have their oil changed every 3,000 miles on an average five-quart system, almost 1 billion quarts of used oil will be generated each month.

How dangerous is used oil? Just one quart can produce a two-acre oil slick. One gallon of oil can make one million gallons of water too foul to drink and 35 ppm of oil will kill fish. Improperly disposed used oil is dangerous.

Improperly dumped used oil seeps through landfills into ground water, disrupts bacterial digestion in sewer treatment plants and washes into lakes and harbors. At present, use motor oil is the largest single source of oil pollution in our nation's waterways. Certainly the first thing we can do is not create so much used oil to begin with… and the United States Department of Energy seems to agree.

Prevent Billions of Quarts From Being Dumped

Most automobile manufacturers recommend oil drain intervals of 3,000 to 6,000 miles for petroleum motor oils. AMSOIL recommends up to a 35,000 mile oil change which is 5 to 11 times fewer oil changes. Just think about the savings on the environment if, for example, the 135 million cars (excluding trucks, buses and taxis) in the United States were equipped with AMSOIL motor oil. Assuming an average service-life of 100,000 miles and an oil capacity of 5 quarts each, 11.4 billion to 23.3 billion quarts of used oil will be generated during a regular service lifetime (with regular oil changes every 3,000 to 6,000 miles). If you put 22.3 billion quarts of used oil into 55-gallon barrels and loaded them onto semi-trucks, a line of trucks would stretch end-to-end from Los Angeles to Washington D.C. and back to Los Angeles.

To Say It Another Way, AMSOIL Reduces Oil Use In The Crankcase by 80% to 90%! A REAL solution -- not talk -- for those who are serious about a "green solution."

For nearly three decades, AMSOIL Inc. has been recognized as the leader in synthetic lubrication technology. AMSOIL was the first to introduce a synthetic motor oil qualified by the American Petroleum Institute, the first to recommend 25,000-mile/1-year drain intervals, the first to recommend 35,000-mile/1-year drain intervals, and the first to implement a system for dramatically increasing drain intervals with oil analysis. Decades of research, laboratory analysis and millions of engine miles have kept AMSOIL the leader in automotive applications for synthetic lubrication. Although the results have paid off in maximizing efficiency and minimizing waste, they are not conclusive. AMSOIL is the leader in synthetics and with continued research, analysis and product development, will remain the industry's leader.

Looking Toward the Future

In 1983 AMSOIL created the TRI-GARD system. The life of a lubricant is dependent on the quality of oil and the filtration system's ability to keep it clean. The AMSOIL TRI-GARD system incorporates AMSOIL Synthetic Motor Oil, the AMSOIL Foam Air Filter, the AMSOIL By-Pass Filter and oil analysis to dramatically extend the oil change interval. Less oil changed means less oil disposal and less oil pollution.

With regards to the environment, the AMSOIL Tri-Gard System is the most technologically sound, environmentally friendly motor oil program to reduce oil disposal.

As our world strengthens its environmental policies and grapples with pollution issues, the ecological wisdom of using synthetic lubricants becomes obvious AMSOIL synthetic lubricants becomes obvious. AMSOIL synthetic motor oils outlast regular petroleum-base oils by as much as eleven times. These remarkably long drain intervals help ease the world's waste-disposal problem; users of synthetics simply have much less oil and fewer plastic containers to deal with. The combined use of AMSOIL motor oil, air and oil filters and engine oil analysis has now made one-fill, zero-waste lubrication a reality.

The superior lubricity of AMSOIL products means much less friction, drag and wear on critical engine parts. The resulting improvement in fuel efficiency and reduction of emission levels contribute to the conservation of natural resources and protection of the atmosphere. Additionally, AMSOIL has made the technology of biodegradability a top research priority, with encouraging recent successes.

AMSOIL INC. is determined to meet the challenge of the lubrication industry's environmental responsibilities head on. Our long-standing quality products lead the way to a greener, healthier planet for the next generation.

A Note From the Founder of AMSOIL 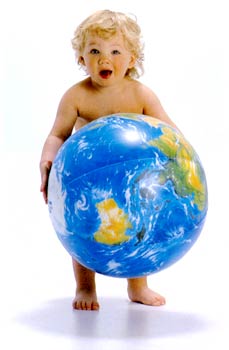 This might sound strange coming from the founder and CEO of an oil company, but we at AMSOL can't be happier about the nation's stronger commitment to cleaning up the environment. It means that we're taking our first steps toward an ecological future that will benefit generations to come.

Another reason for our happiness is that we are among a tiny fraction of manufacturers who have a product that nestles very nicely into the next millennia of environmental products. We manufacture very high quality synthetic lubricants - high quality not only because we want them to be, but in a field dominated by corporate giants, quality is imperative. It's the only way we can survive.

It's a wonderful characteristic of our synthetic oils that they outlast regular oils by as much as eight times. In fact, with proper filtrations and oil analysis, our oils have gone 100,000 miles or more without draining.

For the environment, long drain intervals mean less waste disposal, less used oil finding its way into sewers and landfills, less oil purchases and fewer plastic containers to deal with (ours do have the recycle symbol for easy waste management). And we've shown our oils reduce fuel and oil consumption, as well as emissions.

The paradox here is that in this case environmentalism and oil do mix. At AMSOIL, we hope our commitment to quality benefits you in even more important ways than just saving time and money; we hope it will benefit generations to come. And that's good news for our friends to come, like the little guy in the photo - my grandson, Danny.